Crown Sydney is set to open in December 2020 with a culinary line up representing the best in Sydney dining.

As Sydney’s first luxury resort in Barangaroo, Crown Sydney will provide the ultimate in curated dining experiences.   Visitors and Sydneysiders alike will have access to an unprecedented array of luxurious offerings all overlooking one of the world’s most enviable views when Crown Sydney opens its doors in December 2020. 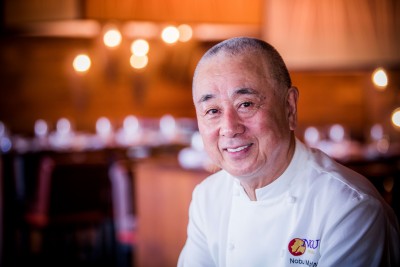 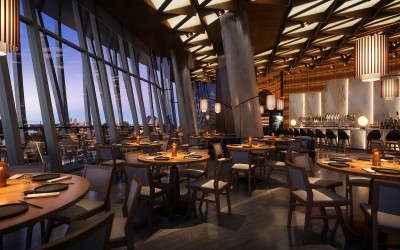 While his Sydney menu is still being finalised, Nobu’s signature dishes, including the famed Black Cod Miso and Yellowtail Jalapeño, will feature on the menu which will no doubt showcase and complement Crown Sydney’s harbourside location.

“At Nobu, inventive cuisine and unparalleled service are at the heart of everything we do. This will be no different at our Sydney restaurant. It is always about our customers and creating something innovative with passion,” said Nobu.

“Crown Sydney is creating a world class dining destination that is taking the best of the globe mixed with the very best of Sydney and I can’t wait to do the same with our menu and offering at Nobu. Sydney is one of my favourite cities and the food scene has always impressed me – the quality of the produce is stand out.

I am looking forward to bringing Nobu to what is already one of the most interesting cities in the world!” Born in Saitama, Japan, Nobu spent his formative years studying Japanese cuisine at Matsuei, a widely respected sushi bar in Tokyo, before moving to Lima, Peru to open his own sushi bar. As a classically trained sushi-chef, Nobu was challenged by the new culture and regional ingredients, which kindled his inventive style, known today as the Nobu Style. Today, Nobu has 42 restaurants and 10 hotels in 40 different cities around the world, spanning across five continents.

Part-owned by Nobu himself, Hollywood superstar Robert De Niro, film producer Meir Teper, and  Crown Resorts, Nobu is known for a combination of signature dishes that fans return to time after time as well as the creation of new dishes that reflect Chef Nobu’s travels and each Nobu location’s local flavours and influences. Guests can expect to enjoy the coupling of time-honoured classic Japanese dishes with inventive new flavours and cooking techniques. 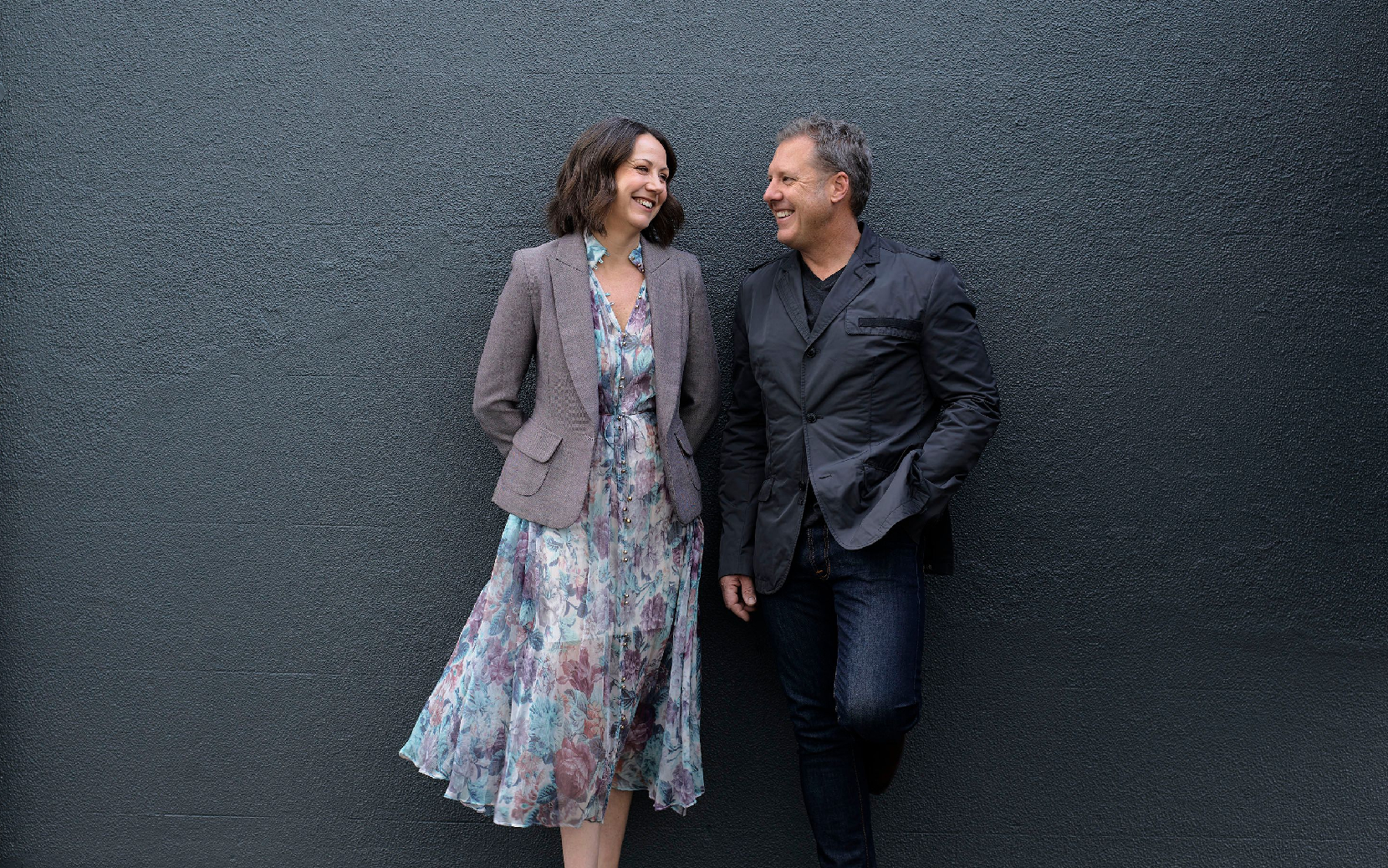 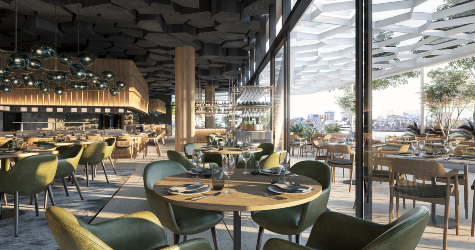 Woodcut will provide Sydneysiders with a unique dining experience that celebrates Australian produce  and cooking with wood, charcoal and steam.  This concept was inspired by Ross and Sunny’s travels and  the memories evoked by meals cooked in a slow wood burning oven or over an open fire, and the earthy flaavours it creates.

Authentically and simple flavours will be celebrated at Woodcut.  Diners can expect dishes prepared in wood and charcoal grills, wood ovens and steam kettles. “This earthy and sensory cooking method will be at the heard of the Woodcut experience.  Imagine whole John Dory in a cast iron pan straight from the wood oven, Queensland mud crab cooked in steam kettles or the rich and earthy flavours of duck slow cooked in clay pots.” says Woodcut chef and owner Ross Lusted.

While still in the process of finalising their highly anticipated menu, the duo has confirmed that the menu will change daily. Local produce will also play a star role, including Bruny Island Mussels, Fraser  Island Spanner Crabs, O’Connor Beef, Maremma wild raised ducks, Camden Valley Veal and Malfroy’s Honey from the Blue Mountains.

From the moment guests enter the restaurant, they will be drawn to an experiential and ever-changing display of produce hand-picked by chefs. The vertical salad wall will include vegetables and herbs, which chefs will pick directly from as they prepare their dishes.

“Diners will be able to watch chefs delicately smoke Blue Mountains pine mushrooms over ash or sit at the seafood counter where you might learn how to shuck a sea urchin while enjoying raw and cooked local seafood on ice. One of my greatest joys is watching our chefs and guests interact, “Lusted adds.

The duo most recently owned and operated The Bridge Room from 2011 to 2019, one of Sydney’s most acclaimed and loved restaurants. Under their direction The Bridge Room attracted a myriad of accolades including Sydney Morning Herald’s Good Food Guide Restaurant of the Year and The Australian’s  Hottest Restaurant in Australia award, in addition to being named on virtually every top 100 restaurant list around the country since opening. 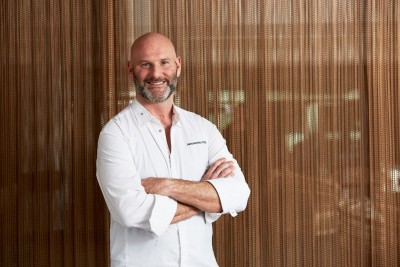 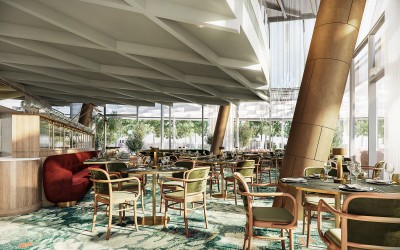 Known to be a pioneer of modern Italian food, Alessandro will go back to his traditional roots with a’Mare. Staying true to the origins of Italian cooking, he has designed a menu featuring traditional dishes representing the best of each region of Italy. Alessandro’s culinary philosophy will champion local and sustainable produce from the New South Wales region, as well as specialised Italian ingredients.

Meaning ‘at the sea’ in Italian, a’Mare will see local seafood take a special place on the menu as homage to its Sydney surrounds and the harbour side location of Crown Sydney. While traditional in its inspiration, Alessandro promises a uniquely Sydney feel to the fare, lightening it up to make it fresh and more palatable for a modern Australian audience.

Simplicity in flavour is key to Alessandro’s food philosophy, with most dishes made from no more than five ingredients. The menu will change and evolve to reflect the seasons. In winter, dishes will be inspired by the north of Italy and in summer the focus will be on the south and the sea. Some of the dishes will be new to the Australian market, whilst others will be more recognisable iconic Italian dishes.

Alessandro Pavoni said: “It has been a dream of mine to create the best classical Italian restaurant in Australia. I am inspired by the nostalgic romance of dining out; when service was paramount, food was simply delicious and the maître-d knew your name. This is what I envisage for a’Mare at Crown Sydney.”

“The dining experience at a’Mare will bring to life an element of theatre and the old school sense of service that Italy is known for by a brilliant team of wait staff. Some dishes will be finished at the table to create an immersive experience for our diners, and of course, an element of surprise,” Pavoni added.

Alessandro began his career in Brescia in Italy’s north, working at Carlo Magno with the famous Iginio Massari and Giuseppe Maffioli. After working in various Michelin starred venues such as La Rotonde in France and the two Michelin-starred Villa Fiordaliso on Lake Garda, Alessandro broadened his culinary horizons working in Bermuda at Restaurant Lido before moving to Sydney in 2003.

In 2009, Alessandro opened Ormeggio at The Spit, which after only nine months was awarded a coveted Chef Hat in The Sydney Morning Herald Good Food Guide, with a second Chef Hat awarded each year since 2012. Chiosco by Ormeggio, a real seaside trattoria, opened in the marina adjacent to Ormeggio in late 2014 and continues to satisfy both locals and visitors seeking a piece of the Italian Riviera in Sydney.

A luxurious teahouse meets lounge bar and a vibrant Chinese noodle restaurant bring the vibrancy of Asian cuisine to Crown Sydney with the Teahouse and Noodle 88. 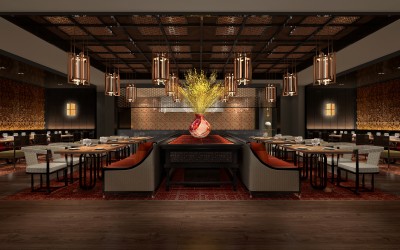 Teahouse
A sassy and playful take on a traditional Chinese teahouse, this lounge bar promises an opulent and whimsical sensory experience. Sit back and indulge in an array of bespoke cocktails, an impressive champagne list, speciality teas and oriental bites.

The ornate bookable Birdcages for guests to sit in are the Teahouse focal point, with plush velvet and gold finishes making it the perfect place to perch at dusk with a cocktail in hand while enjoying oriental bites and small dishes inspired by Japanese and Cantonese cuisine.

The perfect new place to celebrate with friends or enjoy a quiet cocktail, Teahouse will provide guests with some much need escapism at the end of the day, as talented mixologists create an array of delicious cocktails to try in what will be an incredibly decadent experience.

Noodle 88
A bustling hotspot full of atmosphere, the Noodle 88 experience is reminiscent of the great noodle houses in Shanghai, delivering fast, filling and delicious fare in a vibrant, authentic setting. Offering a taste of that inexplicable energy that only a Hawker’s Hall in South East Asia can deliver, Noodle 88 will bring together the culture, food and atmosphere reflective of the flavours of China and South East Asia.

Chefs will take centre stage at this venue in an impressive open kitchen where the sensory delight of fresh ingredients and the theatrics of woks tossing fresh noodles will add to the dining experience. Led by Chef de Cuisine Meena Throngkumpola, the menu will be produce driven and change seasonally. Guests can expect classic dishes from across Shanghai, Singapore, Thailand and Indonesia, such as Laksa, Pho, Japanese sobo cold noodles, Indonesian soto and a range of exquisite barbecued meats and dumplings.

About the Author: Chelsea